« Back to Results Fred Rodger - Mr. BigHead and Murray at The Oasis. 1949 Buick Roadmaster 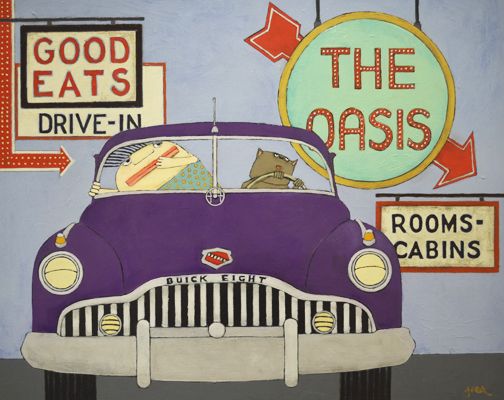 Mr. BigHead and Murray at The Oasis. 1949 Buick Roadmaster